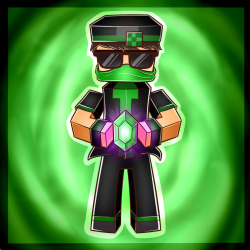 Skyblock Sun will be getting it's first reset this upcoming Saturday! Offering tons of updated content, new features, & more!

Skyblock Sun will be releasing a brand new season this Saturday @ 3pm EST! We will keep the current Sun open for a week AND releasing the new season. Just a quick recap of everything new that we've added. More will be coming soon in updates and changes!

Of course, when there's a new season we love to add some new builds. Welcome to this brand new Spawn and Warzone.

Along with the Spawn and Warzone new builds.. we've decided to go ahead and change up the PVE a little bit.

Skills
Now, time for some exciting things. Lots of players have been asking for a personal grind. So, that's exactly what we're adding!

Skills have different tiers that allows you to level up certain skills within Skyblock. Each skill comes with it's own abilities, rewards, and perks. Each skill is described below.

Siphon - This ability will allow you to kill more than one mob in a stack when killing mobs. The amount will scale depending on the ability level.

Cannon - This ability will allow you to shoot a fireball at mineable blocks and explode them all in the range, automatically giving you all the items.

Grazing - This ability will multiply your crop drops when harvesting crops. The multiplier is dependent on the ability level.

We've gone ahead and revamped the rewards a bit from Cloud's economy giving more variety in the rewards.

Quest
Starting your fresh journey on Sun's map, you will have a series of starting quest that will allow you to complete challenges to earn some serious starting rewards.

We'll start out with a few quest and eventually expand the quest into much more in the future.

PVE Bosses
Bosses within the PVE were drastically underperforming and we have decided to go ahead and revamp them entirely.

Bosses will now have phases of attacks that will activate during each milestone of health.

Bosses will now have a functioning Health Bar located at the top of your screen. If you enter the range of the boss, the bar will appear. If you leave the area, it will disappear.

We have also added a brand new looting system. The top 3 damagers to the boss will now earn from their own respective loot tables, depending on their position.

Added Robot Distance (Robots must be placed 5 blocks apart from each other).
Added Robot Sell-All Button (Tax will be applied to the sell amount).
Renamed Generators to Power Generators.
...and more!